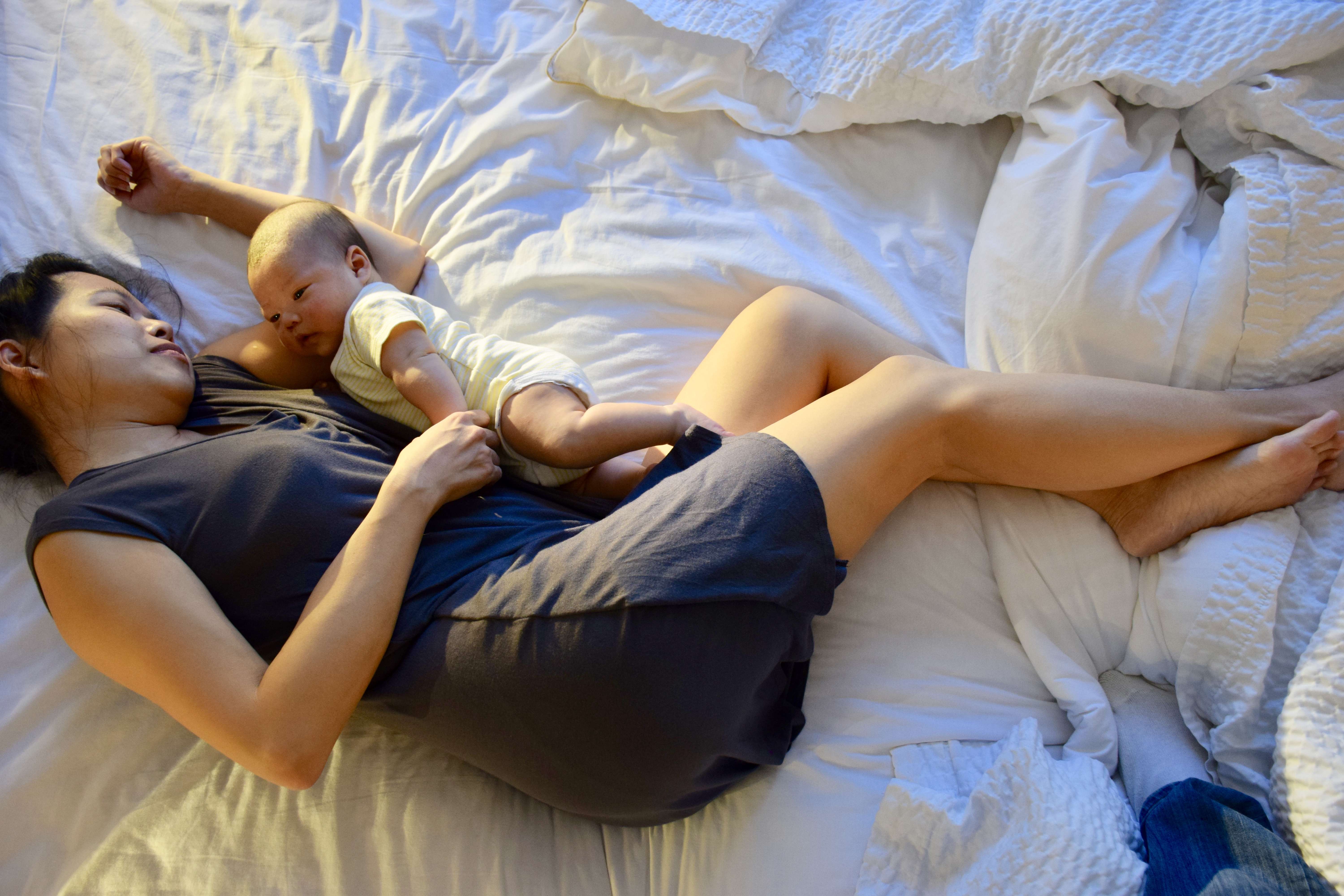 My name is To-wen Tseng. I am an independent journalist based in Los Angeles, California.

My commitment to birth equity began five years ago when I returned to my previous newsroom after giving birth to my first child. I got a rude awakening when my previous employer refused to provide breastfeeding accommodations and harassed me for pumping at work. That was when I realized that I didn’t want to choose between my career and my baby. Before that, I never knew that breastfeeding was so important to me.

And I realized many mothers in my community might have experienced the same barriers I experienced.

At that time, I wrote for one of the largest Chinese-language newspapers in North America. I hoped no mother would have to go through what I went through, so I quit my job and sued the company for sexual discrimination.

During that period of time, the newspaper published two discriminatory articles. One was titled “Breastfeeding photos embarrass Chinese-American to death” and described breastfeeding in public and sharing breastfeeding photos on social media as “disturbing” and “disgusting.” The other one was titled “Nursing room shouldn’t be required” and indicated that it’s unnecessary and useless for employers to provide mothers space for pumping.

The two articles angered many nursing moms in my local Chinese-American community. Hundreds of mothers wrote to the newspaper to protest. A friend of mine and I wanted to organize a nurse-in to demand an apology from the newspaper, but we couldn’t recruit enough Chinese-American mothers who were comfortable about breastfeeding in public.

The nurse-in did not happen. We then wanted to start a photo voice project to show that breastfeeding photos are beautiful instead of “disturbing and disgusting,” but we once again faced multiple challenges: It’s hard to recruit models and put the money together for a professional photographer.

The photo voice project didn’t happen, either. However, my case was settled, and I started to volunteer for local breastfeeding organizations. Last year, I gathered a group of like-minded individuals and founded the Asian Breastfeeding Task Force of Greater Los Angeles. I also became a leader with HealthConnect One’s Birth Equity Leadership Academy (BELA). I see this as a great opportunity to make that photo voice project happen — I can finally recruit models with the Asian Breastfeeding Task Force and hire a photographer with BELA Community Project funding. I submitted the application and was selected.

Now I’m working with my team at the task force to put the project together. Thanks to HealthConnect One and the W.K. Kellogg Foundation, after five years, the photo voice project is finally happening!

Read more by To-Wen Tseng at:

And I’d rather be breastfeeding.
One mother’s thoughts on family friendly policy, gender equality at workplace, among other things.