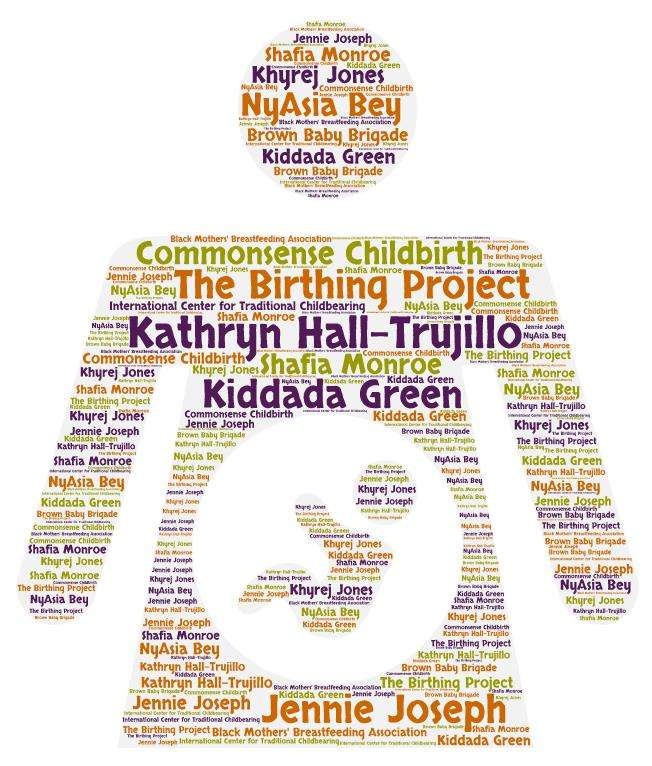 For Black History Month, we invited Black allies, partners and friends to share about Hidden Figures in the Black Birth World. Here is what we heard.

Has there ever been a time you supported a mother and she wanted to deliver at a certain hospital but she wasn’t able to do so?

Yes, I had a mom that wanted to deliver in New Albany but she had to deliver in Tupelo due to her going to our local Healthy Start Clinic. She asked them to transfer her but they never did.

What did you do about it? Were you able to turn this around for the mother?

I asked client what she didn’t like about our local Women’s hospital, and then provided her with some of the pros and cons of delivering in different facilities around our area. I educated client that I knew of a lady that delivered in New Albany and baby had issues so they had to bring the baby to our Tupelo facility. I also explained to mother that I would be right there with her to ensure that her voice is being heard, as well as to hold her hand when she gets scared.

Was there ever a time you were supporting a mother who wanted certain services but was unable to receive them because she had public insurance?

I had a mom that wanted to have a home birth with a midwife but couldn’t afford it. She also heard about wireless monitors and other things that were offered to mothers that didn’t have state insurance.

What did you do about it? Were you able to turn this around for the mother?

I educated client on a birth plan and that she needed to state what she wanted to have for herself and her baby as long as it’s not an emergency situation that they should be able to accommodate her. Also for her to setup an appointment with her physician and discuss how she is feeling about certain things and what she is looking for when she delivers her baby.

After she did her birth plan and talked to her doctor, she was able to get all that she asked for. Her doctor educated her that the reason most don’t get it is because they never ask or question anything that is going on with them or what they are being told.

Are there other Hidden Figures in the Black Birth World who you would like to recognize?

NyAsia Bey, aspiring midwife in the city of Detroit

Dorothy Vaughan (played by Octavia Spencer) was performing the job of a supervisor but she wasn’t recognized as a supervisor — she wasn’t “professional enough.” Does that make you think of anyone?

Khyrej Jones started a Facebook group for mothers of color in our area who needed help breastfeeding. I noticed a huge lack of representation for parents of color and we created a Facebook group. Together, we teamed up to start a non-profit called Brown Baby Brigade that seeks to create a network of professionals of color to connect with other people of color who need their services.

Before I met Khy, she was told she couldn’t run a group about breastfeeding because she didn’t have any type of formal training. Instead of letting that set her back, she became a lactation counselor. She is also a doula.

Mary Jackson (played by Janelle Monáe) went before a judge to present her case concerning racial equity and became NASA’s first black woman engineer. Does that make you think of anyone?

I am a first generation Jamaican. My parents immigrated here before I was born. I have many cousins, but they all went straight to formula. I really wanted to breastfeed.

My daughter was born at 27 weeks and 4 days, and my dreams of breastfeeding seemed bleak.

Despite all odds, I was able to breastfeed my daughter, and we are still breastfeeding at 27 months — despite my struggle with tongue ties, allergies, reflux, low supply, etc.

Thank you for participating in our Hidden Figures Black History theme!

Although we set aside a month to acknowledge African-American women in the birth world for their amazing contributions and endless dedication, we know many remain hidden every day across the nation. Let’s continue to acknowledge our sisters to our left and to our right who work shoulder-to-shoulder with us — whether they offer breastfeeding support, support for birth, or they’re just being a friend.