Skip to content
HomeBlack HistoryHonoring Black Birth Workers of the Past

Black History Month is the time when we honor, reflect and learn about elders who have impacted Black culture and how their legacy is continued. This Black History Month, HealthConnect One wants to honor the legacies of Black birth workers who have played critical roles in improving the health outcomes of Black mothers, babies, and families. Today, Black women are three to four times more likely to die due to pregnancy-related causes than white women. Most of these deaths are preventable, so why does this disparity exist?

The 15th century marked the beginning of the transatlantic slave trade. Africans were enslaved and brought over to the Americas to provide labor in order to secure and build European settlements and wealth. To resist one of society’s most dehumanizing atrocities, enslaved Africans preserved traditions and customs. One of those customs were traditional birth practices. Traditional birth workers were vital to the survival of Black people. These birth workers, also known as “granny” midwives, were viewed as trusted community members with the ability to heal, care, and assist others. They were taught through practice and would pass down their knowledge from generation to generation. 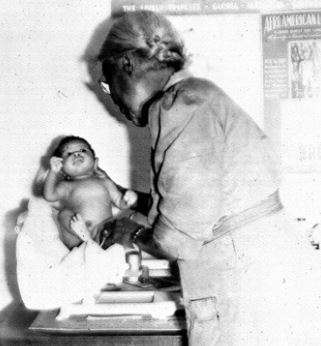 Black birth workers were known as more than midwives; they were postpartum doulas, lactation consultants, family counselors, health educators, and so much more. The post- Emancipation period did not improve the quality of life for formerly enslaved Blacks. They had to succumb to working and living conditions similar to those on plantations. Black birth workers traveled all over the south to make sure that Black families received the care that was needed regardless of their geographic location or ability to pay. They bridged the gap between disenfranchised communities and the health care system. Advancement in medicine, systemic racism, and patriarchy pushed Black midwives out and provided space for the white, male doctors that conquered U.S. medical institutions. Midwifery began to be regarded as an unsafe, outdated model of childbirth and “by the 20th century, 50% of births were attended by a midwife.”

According to ProPublica,  “only 10% of all births were attended by a midwife,”  and 2% of midwives in the U.S. are Black, noted the American College of Nurse-Midwives.” Multiple studies have shown that midwives and doulas can improve the health outcomes of mothers and babies. It is clear that community-based birth workers can lead successful interventions to combat the racial disparities that exist within maternal and child health. While we encourage Black health professionals to enter the birthing field, we must continue to challenge and dismantle the systems of racism and patriarchy. Black birth workers of the past did just that, today we honor them.

Bridget “Biddy” Mason was born enslaved in Georgia during the early 19th century. She was not only a midwife, but an advocate for other enslaved Black people. Her last owner moved west to California and there she petitioned for her and her family’s freedom. Once she was free, she began to save money from her midwifery practice. She founded the first African Methodist Episcopal Church in L.A. Through Mason’s acquired wealth, she became known as a local philanthropist. She donated to many charities, fed and housed low-income families, and visited prisoners. She also founded an elementary school for Black children. Bridget “Biddy” Mason’s contribution to improving the lives of Black families will not be forgotten.

Margaret Charles Smith didn’t start practicing midwifery until her late 30s. She was one of Greene County, Alabama’s first official midwives in 1949. Her career spanned over 35 years and she delivered over 3,000 babies. Smith worked mostly in the rural, Jim Crow South where there was little to no care for Black mothers and their families; whether there were no accessible health facilities or the health facilities refused to treat Black patients. In 1996, Smith wrote a book about her life as a midwife, Listen to Me Good: The Life Story of an Alabama Midwife. In 2010, she was inducted into the Alabama Women’s Hall of Fame. Margaret Charles Smith’s legacy of caring for marginalized and underserved communities lives on through the contemporary work of Black birth workers.

Mary Francis Hill Coley also known as Miss Mary was a midwife that practiced in Georgia for more than three decades. She trained under another great, Black midwife, Onnie Lee Logan. Miss Mary was a pillar of her community. Along with her midwifery practice, she became a health advocate for rural Black families. In 1952, Miss Mary was asked to do a training video for the Georgia Health Department. It was clear that Miss Mary was an expert at her craft, her patients and community loved her. The documentary, All My Babies: A Midwife’s Own Story, received critical acclaim and was used by the World Health Organization and United Nations to train midwives across the globe. We honor Miss Mary and the work she has done to improve the health outcomes of Black moms, babies, and families.

This month, HealthConnect One will be publishing our latest  in-depth brief “Community-Based Doulas and the Medicalization of Birth.” Stay tuned!!!