Skip to content
HomeBreastfeedingSaving Ourselves: Increasing Representation and Changing the Black Breastfeeding Narrative 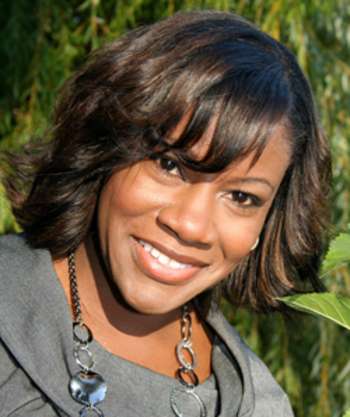 A lack of diversity in breastfeeding leadership means developing our own.

This guest post is the second in a series leading up to HealthConnect One’s National Action Summit, “Racial Justice or Just Us? in Birth and Breastfeeding,” intended to encourage open,  thoughtful dialogue about finding or not finding, working or not working towards racial justice during the vulnerable time of birth and breastfeeding.

In leadership there is the talking and there is the “being.” That is, who you are as a leader or leadership group speaks as much about your mission, core values and purpose as any written or spoken words.  This holds true in the “first food” movement just as for any other. In order to be truly effective, the leadership among advocates and policy makers must be aligned with its stated goals. They must “be” the landscape they seek to achieve.

Lately, there has been much conversation about the 40-year long disparity between African American breastfeeding rates and that of non-Hispanic white women. The good news is, a new CDC report shows the gap is narrowing from 24 percentage points between the two groups in 2000 to 16 percentage points in 2008.

Such an improvement is noteworthy. But if the U.S. breastfeeding leadership really wants to close the racial disparity in breastfeeding rates, then the first place it must look is in the mirror. The first group it must evaluate is itself. How can we say racial parity is our goal if it doesn’t even exist among the leadership of the movement?

As we embark on innovative and more community-focused approaches to closing the breastfeeding gap, we need more black and brown faces at the table shaping policy, developing programming and spearheading culturally relevant outreach into our communities.

If we are to bridge the racial divide in breastfeeding rates, we need more experienced lactation professionals who can work directly with our population. The higher rates of preterm babies and other high risk births among black women often result in situations that require the medical expertise and specialized care of a certified lactation consultant. It is clear that they are an important piece of the puzzle. However, as I travel the country in my consulting work, I’m constantly asking everyone and anyone if they know of any African American IBCLC’s. Sometimes I use my intrepid journalism skills and other times I must use more grapevine and Underground Railroad-like pathways.  In some cities, there are stories and urban legends of black IBCLC’s but few could actually name any names. At one point, I wondered if I was searching for black IBCLCs or for Big Foot. The latter may have been easier.

In order to create more equitable access to the first food for all infants, we need to have the uncomfortable conversation about unconscious bias and strongly entrenched ideas about power and privilege in the breastfeeding movement. We need to honestly examine the barriers to access, such as unwelcoming environments, the high costs of becoming a certified lactation consultant and a lack of mentors.

To this end, there have also been efforts at increasing the cultural competency of breastfeeding consultants and educators so that they can fully understand the cultural nuances of African American women and better serve their needs.  This is an important step. Of course, the first step in cultural competency is challenging and suspending one’s own assumptions. It is no secret that the breastfeeding movement in general is a white-female dominated industry, and like any power dynamic, an advantage for some creates a disadvantage for others.

Closing that disparity for the sake of all mothers and babies, involves acknowledging that advantage has been created and maintained because of fears of power loss, a lack of status and perhaps the personal need to be perceived as a “good” people. It also means developing a true understanding of black mothers and seeing them beyond stereotypes or their circumstances.

It means not viewing the breastfeeding movement like an exclusive club with unspoken rules about who should legitimately be allowed into the club, what club members should look like and what credentials they must have for access.

“Once they’re in, it’s like they want to close the gate and burn the bridge behind them,” says one high level breastfeeding advocate who requested anonymity.

Somehow we have to do better. If the industry is truly committed to changing the breastfeeding landscape (not just maintaining the status quo) for all women, then the leadership must better mirror the real America and address the inequities in its membership so it can truly address the issues and inequities among all breastfeeding mothers.

This is the critical work the leadership must take on. But most importantly, as African American women and other women of color, we have to save ourselves. We have to develop our own leadership in our communities.  We can’t wait for the movement to change its course, while African Americans babies continue to die at twice the rate of white infants. We need to shout from the rooftops in our own neighborhoods the importance of reclaiming our community responsibility for the health of our infants. We can use our own collective voice to demand that all mothers be allowed to truly “choose” their child’s first food without being subject to the marketing interests of pharmaceutical companies, and that our communities not be flooded with infant formula—the junk food for babies. We can transform our communities into first-food-friendly environments. We can change our breastfeeding narrative at a time when the collective health of our community needs it now more than ever.

Kimberly Seals Allers  is an award-winning journalist, author and a nationally recognized breastfeeding advocate and consultant. Her next book, an in-depth examination of the American breastfeeding landscape will be published by St. Martin’s Press this year. Kimberly is a Food & Community Fellow with the W.K. Kellogg Foundation and is also the founder of MochaManual.com and Black Breastfeeding 360°. Follow her on Twitter at @iamKSealsAllers

0 thoughts on “Saving Ourselves: Increasing Representation and Changing the Black Breastfeeding Narrative”