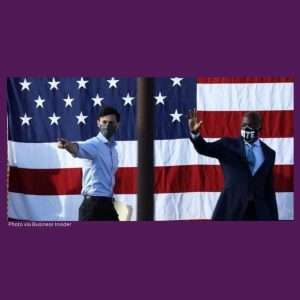 Shirley Chilsom once said, “unless we start to fight and defeat the enemies in our own country, poverty, and racism, and make our talk of equality and opportunity ring true, we are exposed in the eyes of the world as hypocrites when we talk about making people free.”

All these years later, America is still combating poverty, racism, and we are still fighting for decency.

Nowhere is this more apparent than in the insurrection that took place in our nation’s capital over the certification of our election results. Make no mistake, the world watched the chaos in the capital.

This assault on our democracy is sending the wrong message.

We should be celebrating the election of Rev. Raphael Gamaliel Warnock for his historic win, becoming the first Black senator from Georgia.

We should be congratulating US Senator-elect Jon Ossoff on his election.

Both Warnock and Ossoff support the Affordable Care Act, which is critical to healthy births in the Black, Brown and Indigenous communities where HealthConnect One co-develops programs with community members and organizations. Both Warnock and Ossoff uphold women’s rights, particularly their pro-choice position aligns with our position on bodily autonomy at HealthConnect One.

Despite the violence that took place in D.C., I encourage those of us who are intent on improving the lives and health of Black, Brown, and Indigenous communities to be proud of what we can accomplish when we work collectively. We should be invigorated and bolder than ever before to work for what is just and right in a nation where freedom is considered a central tenet. 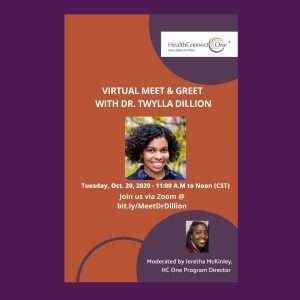 Join us for a virtual meet and greet event to get to know our new Executive Director, Dr. Twylla Dillion! She has a great vision for HealthConnect One and wants to share it with all of our supporters!

In her prior work at United Way of Greater Rochester, Dr. Dillion focused on using data and analytics across the fundraising, grantmaking, and evaluation cycle. Additionally, Dr. Dillion has conducted research on breastfeeding, served as program officer for maternal-child health programs, and worked as a research lead on a Patient-Centered Outcomes Research Institute (PCORI), the project focused on collaborating with Black moms better to understand contributors to Black maternal mortality/morbidity and develop strategies for better outcomes.

This virtual event will be moderated by Jeretha McKinley, HC One Program Director. During the meet and greet, we’ll have a Q&A session where you’ll get the opportunity to ask Dr. Dillion questions about the maternal health issues that matter to you!